Warrior always looked to have top class potential, and stayed on resolutely in his first run after gelding to down a top class field in the Cape Mile at Kenilworth this afternoon.

Rockin Ringo set the pace followed by proven frontrunner Captain Flinders. Warrior was in the box seat close to the pace, closely followed by Rascallion.

Grant van Niekerk has looked hungry since returning from a near-month long suspension, and got busy soon after they turned for home.

And the Ridgemont Highlands bred son of Futura answered every call to score by half-a-length over Rascallion despite shifting out over the last 150m.

Vodacom July hero Kommetdieding settled near the rear and ran on stoutly to be beaten a length and a quarter into third in what was a satisfactory comeback run.

And Silver Host (Silvano) made it a swift feature double for Justin Snaith when running out a fluent winner of the listed Woolavington Stakes just over half an hour later.

Capitana (Captain Al) rounded off the Cape Town feature action with a form win in the listed Laiisserfaire Stakes. 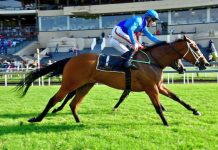 Scottsville once again the home of upsets 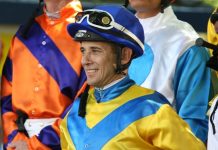 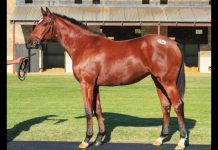 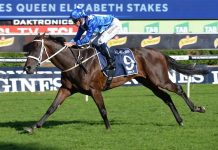