Al Sahem followed his 4.75-length Maiden win over 1600m on 3 December with a smooth MR86 Handicap success over the same distance just two weeks later. This is not often achieved and indicates that Al Sahem is well above average and perhaps better than the 93 rating allocated by the handicappers.

Tarry commented: “Al Sahem has stepped up well to what has been required of him, but I think on exposed form the handicappers are right with their 93 rating.  He’s a horse with ability, it’s an open end at this stage but I don’t like to boom my runners until they’ve shown their worth against the best. We will wait and see. “

Al Sahem was due to make his debut on Charity Mile Day, 5 November in a strong Maiden Plate won  by Romi’s Boy with subsequent winners Furiosa and Drum Fire behind him, but he was scratched at the start, suspended for seven days and had to be re-schooled.

Tarry told: “Al Sahem got entangled between two stalls that day. I’ve never seen anything like it. His front legs were over one gate and his back legs were over another, it’s a miracle he came away unscathed.

“We expected that he would hold some negatives after this experience and that he’d play up, but he’s been a gentleman. We put him through the pens again at home, he was fine and relaxed as if nothing happened, and he’s started well and won twice since.”

Al Sahem has a pedigree that spells “unlimited”. He is by the formidable Silvano from the quality race mare Alderry (Al Mufti), who defeated Pierre Jourdan from a 16-16 draw in the 2010 Gr2 Charity Mile.

Al Sahem has won himself many supporters with his easy way of doing things while he is still learning about racing. The Sea Cottage Stakes looks like an ideal next stepping stone.

Here are the entries for the race: 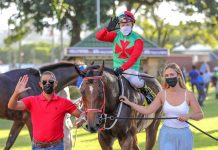 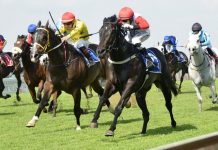 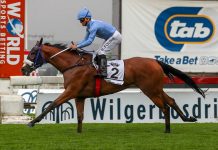 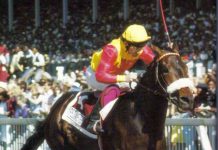 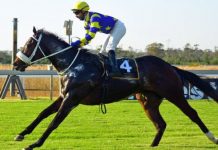 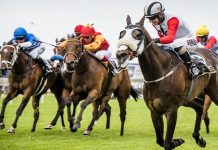 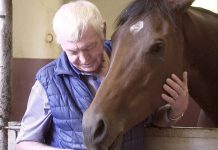 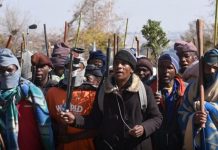 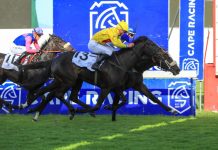