TRAINER Garth Puller’s runners are in top form. Puller posted his second treble in two weeks at Scottsville on Sunday with La Bella winning Race 2 over 1200m for Anton Marcus and Los Barbados (Race 6) and Rio De La Plata (Race 7) getting up under apprentice Khanya Sakayi.

“You come to he races hoping. If they run well, you’re happy, if they win, it’s a nice day,” said Puller, who didn’t expect to repeat his feat at this track again so soon.

Puller praised Sakayi for his rides and said: “Once the 4kg claiming apprentices get the hang of it with some experience they are worth using. Khanya is doing well, he is worth his claim.”

He added: “A lot depended on whether the kid got Los Barbados and Rio De La Plata out of the pens today and he did, 48g kg is a lot better than 58kg.

“I though Los Barbados might just need it after his African Horse Sickness injections, but he is a happy horse and when you have a decent horse with stamina you can win races, the fields are not that strong.”

He said about Rio De La Plata: “Khanya let him stretch at the top of the straight and that was the right thing to do as he is not an easy horse to ride.”

His early success this season sees Puller occupy a Top 3 position on the National Trainers’ log. 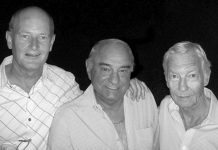 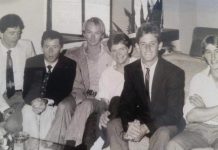 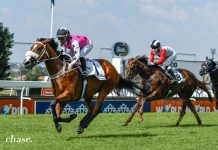 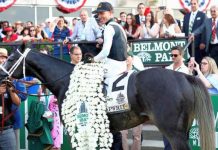 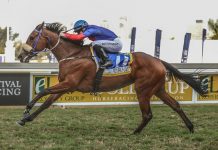 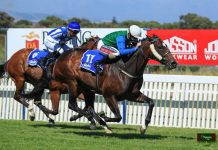 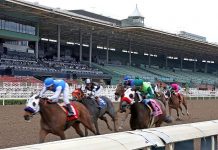 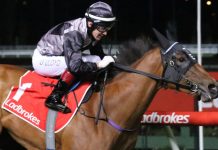 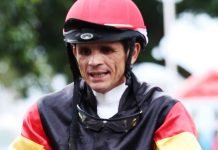