IRISH trainer Aidan O’Brien equalled the record for top-level wins in a Flat racing year as Hydrangea won the Gr1 Fillies and Mares Stake on British Champions Day at Ascot.

O’Brien had two chances to surpass the record, but was twice denied.

The 48-year-old had a chance earlier on Saturday to equal the record, but his runner Johannes Vermeer finished a close third behind Boom Time in Australia’s Group One Caulfield Cup.

O’Brien then won the first race of the day at Ascot, the Group Two Long Distance Cup, as Order Of St George pulled off an unlikely victory.

But it was the Group One win he needed to draw level and, with his runner Caravaggio having been beaten by surprise package Librisa Breeze in the Champions Sprint Stakes, his next chance fell to filly Hydrangea – the offspring of Galileo – in the Fillies and Mares Stake.

Moore made a bid for home early, and despite Bateel cruising up alongside her, Hydrangea would not be passed.

The 4-1 shot began to pull away before taking victory by two lengths, with Coronet back in third.

“Its a magic, special day,” O’Brien told ITV. “As you know I am a small link in a big chain and I’m delighted for everybody. They all put in so much hard work, day in day out.” 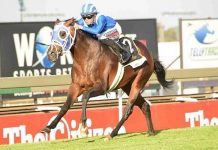 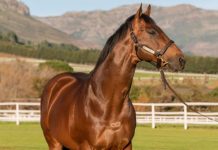 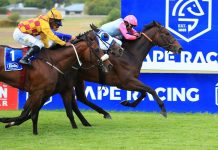 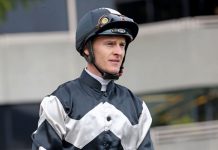 Athena to sally forth victorious 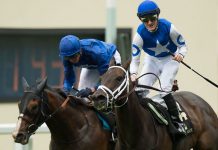