THE Maktoum Challenge R2 at Meydan on Thursday was won emphatically, while controlled from start to finish, by Ramzan Kadyrov’s Satish Seemar-trained North America.

Ridden by Richard Mullen, the son of Dubawi struck the front from the outset and never looked back, winning with easy by 2¼ lengths over New Trails (Connor Beasley aboard) and Cosmo Charlie (Pat Dobbs

Last year, the now 7-year-old lost a heart-pounding battle with subsequent Dubai World Cup sponsored by Emirates Airline (G1) winner Thunder Snow by a neck in the race before going on to defeat that rival handily in the Group 1 Al Maktoum Challenge Round 3.

He now has the option of going on to defend said title or wait for the Dubai World Cup, for which he must now be considered the lukewarm favourite. The victory was his seventh from 11 dirt tries and 17 races overall. It follows an even more dominant victory in the Jan. 10 Al Maktoum Challenge Round 1 (G2) over 1600m.

“He is a bit like his jockey, improving with age,” Mullen said. “A lot was made out of his (dominant) first run and it is hard for a horse to replicate what he did. Yes, he was visibly impressive and I always had it in the back of my mind that I thought he would win this race, but I didn’t think he would do it in the manner in which he did. It is very hard for a horse to back that up. A lot of it was freshness and a lot of it was obviously adrenaline.

“He is a top-class horse and he likes the surroundings,” Mullen continued. “He has a beautiful stride and I think that is what kills a lot of the other horses off. His stride pattern is so different to the others; just half-pacing around there. That was phase one and phase two complete and now two more to go or maybe just one. We will sit down with the boss and speak to the owner and see if we skip Round 3 or freshen him up and go to the big night. He is going in the right direction.” 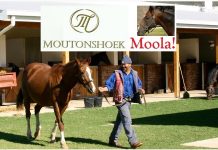 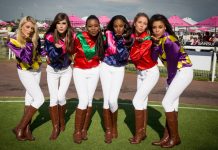 Will Vigilante take out Goddess? 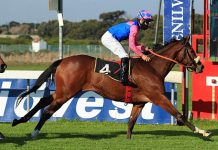 Captain’s Ransom has a few gears 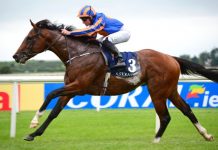 Churchill should smoke this field 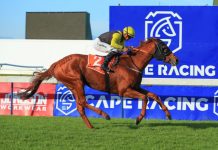