GAYNOR Rupert is selective when it comes to trainers and after Saturday’s Gr3 Track and Ball Oaks win with Seville Orange, the astute Vaal horseman Lucky Houdalakis would have met her high demands, fully!

Seville Orange overcame the deepest of draws under jockey Craig Zackey, led the competitive field into the straight and kept running strongly to fight back for a win despite being headed 250m out and looking beaten by at least two others.

“She’s a hard galloper and she’s getting better, we couldn’t get to the front in the Woolavington because they ran her off her feet,” said Houdalakis about Seville Orange’s fourth place to Silvano in the recent Gr1 contest, where her making the frame suggested that she was well above average.

“Mrs Rupert was really happy after Seville Orange’s Woolavington run, she was surprised that ours beat some of her other fillies in the race.”

As always, there is a story behind the story and Houdalakis told how he’d acquired the smart daughter of Duke Of Marmalade.

“I sold our five-time winner Demanding Lady (Dynasty) to Drakenstein Stud, they sent her to Trippi and she produced the colt Charles, who fetched a then record R6-million at the Cape Premier Yearling Sale.

“At the sale I walked over to the Drakenstein contingent and put in a jab, I said, ‘See now, if you send me more fillies to train, I will make them broodmares in demand, and that will save you having to buy them for millions!’

“Next thing I knew, some weeks later Seville Orange arrived in my yard and look where we are now. Since then, Mrs Rupert has also sent me Princess Penelope, who ran second for us to one of Sean Tarry’s impressive fillies first time out.”

Houdalakis said that he will be discussing Seville Orange’s future with Drakenstein. There is a paucity of suitable stayers’ races for fillies and he commented: “There is nothing on the programme for her, perhaps something like next year’s Gerald Rosenberg but that’s over 2000m and she’s now proven she likes it further.

“For now, this leaves us with handicaps off what would now be a higher merit rating, or taking on colts and geldings, both not ideal options but what can we do?”

The trainer also has some hopes for his What A Winter colt Winter Tour, who won Race 1 over 1200m on Oaks Day. “He’s strong and muscular, getting naughty so we may have to cut him,” he said about Bryn Ressell, Ashley McNabb and Millie Miliotis’ colt. 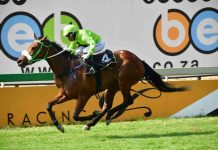 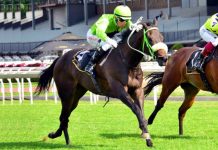 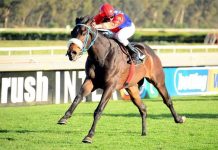 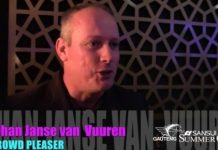 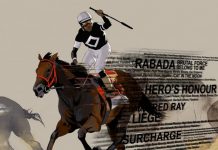 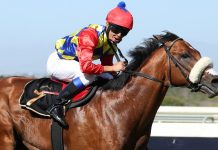 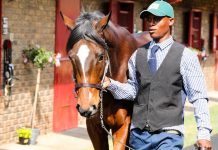 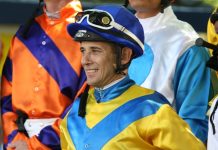 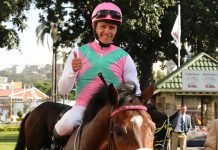 King Richard and the crown… maybe