LINEBACKER has had his merit rating raised from 112 to 115 after he ran out a fluent winner of the Grade 1 Jonsson Workwear Cape Derby over 2000m on the Kenilworth summer course on Saturday 27 February.  The Handicappers were of the opinion that 4th placed HOEDSPRUIT made for the best line horse, which leaves him unchanged on a mark of 108.
There were increases for both the runner-up RASCALLION and the 3rd finisher THE GATEKEEPER, with RASCALLION going up from 110 to 111 and THE GATEKEEPER from 109 to 110. The solitary drop was for JUAN CARLOS, who goes from 90 to 88.

ZARINA remains unchanged on a mark of 107 after her victory in the Grade 3 Vasco Prix du Cap over 1400m at Kenilworth on Saturday.  ZARINA herself was deemed to make for the best line when assessing this race, hence her unaltered rating.

2nd placed ICON PRINCESS was raised from 104 to 105, 3rd placed MALEDIMO is up from 94 to 105, 4th finisher LEMON DELIGHT was picked up from 101 to 104, and CAPITANA which ran to a rating of 103 was only adjusted to 98 so that she would meet POINT OF SALE (97) and LA QUINTA (96) on correct weight terms should they meet in a handicap.  There were no other increases, but no fewer than five horses were given a rating’s drop.

BAYBERRY has had his rating raised from 101 to 103 following his narrow success in the Listed Kenilworth Cup (handicap) over 3200m at Kenilworth on Saturday.  The Handicappers felt that BAYBERRY would not have run worse in winning here than when he finished a close up 5th in the Listed Woolavington Stakes at his penultimate start in November and used that as the line to rate this race. In this way BAYBERRY received the mandatory minimum two pound upward adjustment that comes with any win in a handicap race.

The only other increase was for runner-up SILVER SKY, who was fully 19 pounds or 9.5 kgs under sufferance at the weights and who accordingly was raised from 74 to 93. It was however decided to ignore that half kilo overweight which he carried, which would have him going up to 94 if it had been factored into calculations.

There were no other ratings increases, but two horses were given a drop.  DHARMA was trimmed from 96 to 95, while STRATHDON is down from 107 to 105.

The only increase was for 3rd finisher AZORES, who goes from 101 to 107.  He in fact ran to a mark of 108, but the specific conditions of the race do not permit a greater than six pound penalty for the winner and placed horse.

WYLIE WENCH has had rating raised from 91 to 98 following her win in the Grade 3 Acacia Handicap for fillies and mares over 1600m on the Vaal Classic track on Saturday.  The meeting was moved from the standside track at Turffontein for weather-related reasons.

Part of the reason for WYLIE WENCH’s seven-pound upward adjustment is that she was 3 pounds or 1.5 kgs under sufferance at the weights.  It was 4th placed LILY BLUE who was used as the line horse, leaving her as is on a mark of 98.  2nd placed WISTERIA WALK is up from 105 to 107, while 3rd finisher DESTINYS GAME is up from 95 to 96.  The only other increase was for 5th placed SEEHAAM, who was seven pounds or 3.5 kgs under sufferance and who goes up from 87 to 90.

SWEET FUTURE has seen her merit rating climb from 98 to 107 after she trounced her rivals to win the Listed Bauhinia Handicap over 1000m on the Vaal Classic track on Saturday.  Runner-up LINEAR and 3rd placed TROPIC SUN were both used as line horses here, leaving them unchanged on ratings of 100 and 96, respectively.

GLOBAL DRUMMER remains unchanged on a rating of 101 after he led virtually throughout to win the Listed Ibhayi Stakes for three-year-olds over 1400m on the Fairview turf track on Friday 26 February.

It was GLOBAL DRUMMER himself who was used as the line horse, hence his unchanged rating. The only increase was for 3rd finisher FIND ME UNAFRAID, who goes up from 88 to 89, while in the only decrease HERRIN is down from 85 to 82. 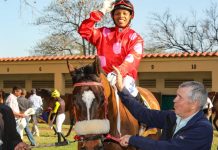 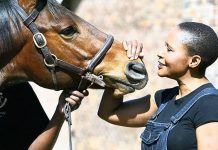 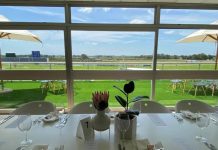 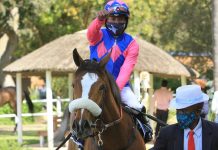 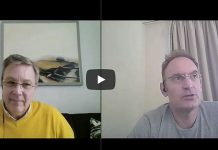 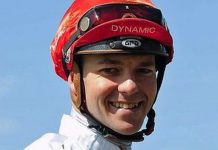