IT looked much like a two-horse race on paper between the star Cape speedsters Kasimir and Bold Respect, but both had to give way in the R400 000, Grade 2 Post Merchants over 1 200m at Greyville to the flying filly from Gauteng, La Bella Mia.

Easy to back paying R20 for a win on the tote, the four-year-old daughter of Gimmethegreenlight slipped through the centre of the field in the home straight to win convincingly under Marco van Rensburg for trainer Weiho Mawing and owner brother and former champion jockey, Weichong.

Kasimir and Bold Respect contested the top spot in the betting before starting joint favourites and when the pens opened it was the Brett Crawford-trained Bold Respect that pulled himself to the front to lead from the lightly-weighted fillies Green Plains and La Bella Mia with Rivarine heading the balance of the field. Kasimir raced towards the back of the field giving a fair amount of start to his main rival.

Into the home straight and the field fanned out across the track with Bold Respect quickly coming under pressure. Wynkelder had made his bid down the inside looking like a potential winner but through the centre of the field slipped La Bella Mia looking smooth and fresh and with winner written all over her.

Bold Respect continued to fight on as Kasimir finally got into top gear down the outside of the field but there was nothing in the race that was going to beat the filly and she won well from Wynkelder with Bold Respect and Kasimir in the minor placings.

Marwing said that the filly was a different horse round the bend. She had won two races on the inside track at Turffontein before failing to feature in the Camelot up the Turffontein straight where she finished behind Green Plains and Pretty Penny that she now beat in the Post Merchants.

Jockey Marco Van Rensburg gave credit to the preparation and presentation of the filly by Weiho who told him to be confident and she would “run through them”. 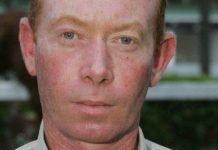 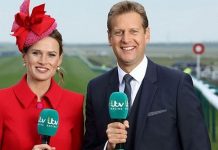 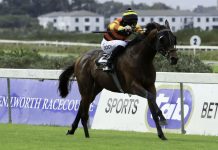 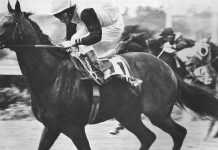 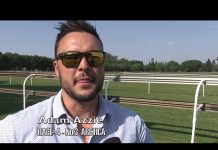 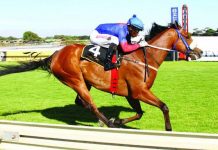 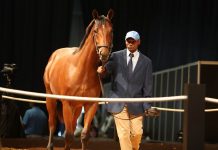 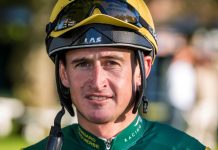