A beautiful colt in training, by National Emblem from Stray Flag (by Classic Flag), was syndicated for the new Klawervlei Stud/Gary Alexander Syndicate at the Turffontein trainer’s stables last week.

Gary, Julie and Dean Alexander laid on a lunch of proportions in their entertainment room. Invited guests were treated to delicious prawns, chicken and wine, followed by a viewing of the racy-looking colt who has been in full training for a while and is not far off his first run.

The shares in this colt, one of the last offspring of National Emblem, were syndicated within an hour – Julie Alexander, Rod McCurdy of Tellytrack and Grant Knowles of Klawervlei Stud took up the first shares followed by Adrian Giuricich, Brian and John Seggar, Darren Simpson, Lewis de Beer and Pravin Chetty. The colt, named “Red Hot Stray” after a feisty debate among the owners, will race in Chetty’s silks.

“We are excited about this new venture which encourages owners to participate in horse ownership of quality thoroughbreds from  a top study farm, at a once-off investment fee,” said Knowles.

Participating owners receive a 10% share for a capital outlay of R25,000 which includes 24 months of stabling shoeing, veterinary expenses, transport and related costs.

Alexander commented: “We’ve had consistent success over many years with horses competing in syndicates. It’s a cost-effective way for smaller owners to get involved in racing, and a whole lot of fun!”

Other benefits of the syndicate include a visit to Klawervlei Stud or racing at Turffontein in a private box; a wine and cocktail party at the Alexander stables, the professionalism of a top trainer and racing stable; regular reports, including pre-race and post-race assessments and of course stakes won and profits from possible sales of horses.

Owners interested in future syndications can get in touch with Grant Knowles on grant@klawervlei.co.za 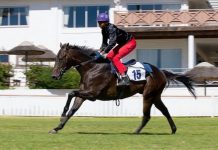 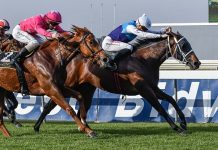 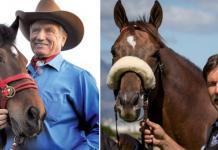 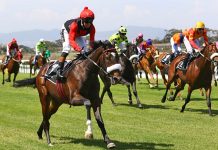 It’s My Turn gets us wildly excited! 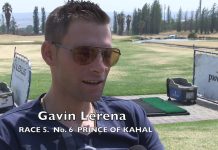 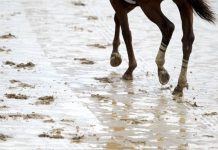 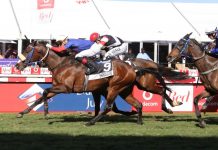 Lyle was on the right one in Betting World 2200