RACE 1: Preview: A hard race to assess and I would be not shocked if it were won by a first timer! INFINITE PEACE (6) who is by Kingsbarns out of a Trippi mare could run very well on debut and Grant Van Niekerk is riding very well as always. His stable mate VAN HUNKS (9) is a son of Silvano out of a top quality mare – could be absolutely anything and I suggest respecting him on debut – Richard Fourie in the saddle. OVATION (7) showed plenty of improvement from run one to run two and should not be a maiden for too much longer – big runner. (Warren Lenferna 6-9-7)

RACE 2: Preview: ROYAL FLUSH (1) should be odds on and should win. HOT SUMMER (7) was not disgraced when finishing seventh on debut and no doubt will have some improvement to offer which should see him in the money in this. SOFT DAY (6) and EMPIRE GLORY (2) have place chances and must be included in the trifecta and quartet which might not pay much but will need to be tried to be caught several times to make it profitable. (Warren Lenferna 1-7-6)

RACE 3: Preview: if RAZZLE DAZZLE EM (2) battles to win this, then she might battle in future as she won’t get an easier opportunity to set herself free from the maidens. She should be odds on and shoe should win! DAUGHTER OF ZEUS (1) has placed four from eight starts and should win very soon – the main danger and exacta selection. HOT MARMALADE (3) can improve to get closer and is a must for the quartet.
(Warren Lenferna 2-1-3)

RACE 4: Preview: SMILEATTHESUNSET (3) is coming along with racing and can go close to winning. GLOBAL APPROACH (11) was not far off on debut and can get much closer now with the experience of a race under the belt and BEL PUNTO (1) has become costly to select but should reward his followers one of these days. (Warren Lenferna 3-11-1)

RACE 5: Preview: MAJESTIC MOZART (2) nearly won last time, is overdue another win and is the warm first choice. SUPER SILVANO (5) is talented and never too far off the action but is taking time to win again – he should run a huge race here and gets the services of Callan Murray now. LOVE HAPPENS (4) is one for the short list. (Warren Lenferna 2-5-4)

RACE 6: Preview: BOOMPS A DAISY (1) has solid form and could be very hard to oppose in this. BRIANNA (3) is clearly talented and if she had to win it would come as no shock at all – big runner. SOCIAL BUTTERFLY (5) is consistent and must be factored into most bets – another honest effort looks on the cards as always. (Warren Lenferna 1-3-5)

RACE 7: Preview: WINTER FURI (3) is holding form and warrants the utmost respect. Strong each way claims. Stable mate PROCRASTINATION (4) ran a good race last time and should again be able to get into the money. SUPER SIRI (5) is clearly a talented individual but takes on the older rivals – big chance and a must for all bets. (Warren Lenferna 3-4-5)

RACE 8: Preview: GIACOMO PUCCINI (1) has solid form and is the firm first choice. In saying that plenty of cheek can be expected from BEREAVE (2) whom has caught the eye in a big way thus far – big runner and SOMERSET MAUGHAM (3) has a bright chance too – include. (Warren Lenferna 1-2-3) 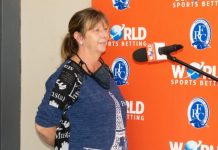 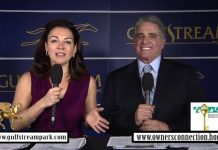 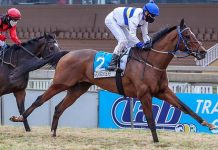 Marching to victory at Scottsville 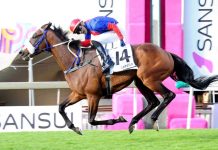 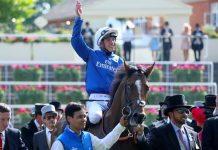 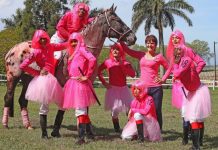 Pink Drive presents fun for a worthy cause 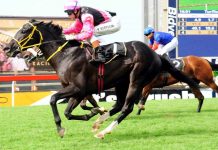 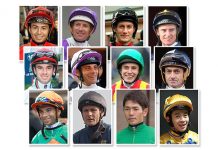 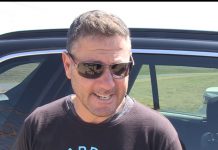