AFTER an extremely successful G-Bets Gauteng Summer Cup, racing enthusiasts can start planning for what promises to be a stellar Highveld Autumn Season.

First up is the Betting World Gauteng Guineas (Grade 2 for 3-year-olds), which will be run at Turffontein on Saturday 2 February 2019.

The Guineas, which is also the first leg of the SA Triple Crown, is the first major race of the new year in Johannesburg.

There are a number of supporting acts on the day, most notably the Wilgerbosdrift Gauteng Fillies Guineas (Grade 2 for 3-year-old fillies), which is also the first leg of the Triple Tiara.

This race has become one of the most important tests for three-year-old fillies on the national racing calendar.

Then comes the SA Classic (Grade 1), to be run at Turffontein on Saturday 2 March. This second leg of the Triple Crown is arguably the most important test for three-year-olds on the Highveld as it is run over 1800m.

Also on the menu on Classic Day is the Hawaii Stakes (Grade 2), the Acacia Handicap (Grade 3) for fillies and mares as well as the Aquanaut Handicap (lLsted) over 2400m.

Saturday 30 March is Derby Day, which sees the running of the final leg of both the Triple Crown and Triple Tiara.

The final leg of the Triple Crown, SA Derby (Grade 1) over 2450m, is one of the oldest and most distinguished races in the country, having first been run in 1894.

The race distance has remained almost unchanged since its inception, except for a minor tweak to change to the metric system.

Proof that winning the Triple Crown is a monumental achievement lies in the fact that only three horses have achieved this feat.

The mighty Horse Chestnut, who many rank as the best horse in South African racing history, won the inaugural event in 1999, Louis The King won the bonus in 2014 and Abashiri repeated this feat in 2016.

The Wilgerbosdrift SA Oaks (Grade 2), like the Derby, is a race steeped in history. This final leg of the Triple Tiara was first run in 1913. Only two horses have managed to win the Triple Tiara – Igugu in 2011 and Cherry On The Top in 2013.

Saturday 13 April is when the HSH Princess Charlene Empress Club Stakes (Grade 1) will be run. If you’ve ever wanted to race like royalty, then this is your chance.

HSH Princess Charlene of Monaco’s glorious race day, held annually in her honour, is a day that epitomises style and elegance. The theme of the day has always encouraged gentlemen to wear top hats and tails, and ladies to complete their elegant outfits with a fascinator or hat.

The grand finale of the Autumn season takes place on Saturday 4 May 2019 with the running of the R4-million Premier’s Champions Challenge (Grade 1).With six other graded races on the card, it does seem a case of leaving the best for last. The Computaform Sprint, SA Nursery, SA Fillies Nursery, Gold Bowl, Gerald Rosenberg Stakes and Camellia Stakes offer for a fantastic day’s racing.

With such an extensive and mouth-watering menu, the Highveld Autumn Season surely is the crème de la crème for every racing connoisseur. 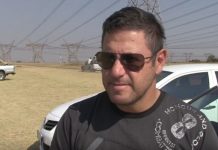 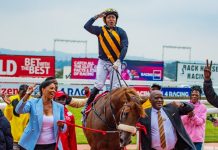 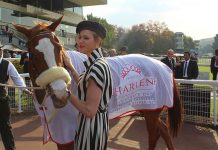