Described by the race caller as “exuberant” in setting the early pace, Ghaiyyath swung for hom a couple of lengths clear, lengthened away off that high cruising speed and never looked in danger of being caught.

Enable, having her first run of the campaign and absent since finishing second in last year’s Prix de l’Arc de Triomphe, was held up off the pace by Frankie Dettori and could never get to the winner – eventually finishing a two-and-a-quarter-length runner-up.

Ghaiyyath and William Buick galloped on remorselessly, as they had at Newmarket, to win at 9-4 from John Gosden’s even-money favourite. 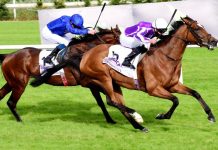 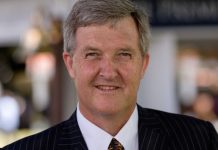 Brilliance all round on Met day 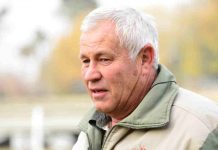 Cliff Harris wins his first race as a trainer