Rainbow Bridge will defend his title in the 50th renewal of the R1 million Gr 1 Hollywoodbets Gold Challenge at Hollywoodbets Greyville on Saturday and will be out to turn the tables on Gr1 L’Ormarins Queen’s Plate winner Jet Dark.

Although only nine runners are due to face starter Solly Ngcobo, there is plenty of intrigue with runners like Rainbow Bridge and Belgarion warming up for the VDJ against star miler’s whose main target will have been this race.

The Eric Sands-trained Rainbow Bridge could not have been more impressive when winning the Gr2 Drill Hall Stakes over 1400m beating Catch Twentytwo and the pair will face up again come Saturday.

Rainbow Bridge will renew his partnership with jockey Luke Ferraris who has landed a six-month contract to ride in Hong Kong from mid-September.

Jet Dark, the highest rated three-year-old in the country after his defeat of Rainbow Bridge in the Queen’s Plate, has not had an outing since that victory which may be a worry for some. Stable first-call Richard Fourie rides with Grant van Niekerk switching to Seeking The Stars.

Justin Snaith scratched Jet Dark from the original July entry but the colt is sure to be primed come Saturday.

Vaughan Marshall has had a stellar Champions Season to date and will saddle Seeking The Stars who set a solid gallop for stable companion Linebacker in the WSB KZN Guineas. He stayed on well enough for second which will make him a factor on Saturday.

Snaith also saddles last year’s VDJ winner Belgarion who missed his intended warm-up race in the Drill Hall with an abnormal blood picture. He is already assured of a place in the VDJ but this will be a testing warm-up. S’Manga Khumalo rides what will probably be his VDJ mount.

Sovereign Spirit and Cirillo are assured of a July gate while Trip To Africa is 18th on the latest VDJ log and a top showing here will push him further up the table.

Same Trainer – NOT COUPLED on Tote 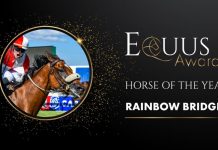 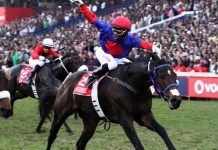 Besieged Khumalo gets July ride after all 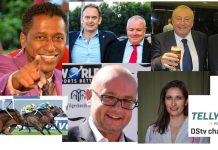 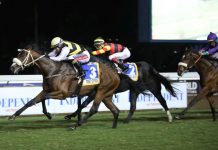 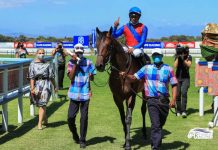 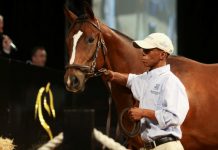 Double your chances of buying a stakes winner! 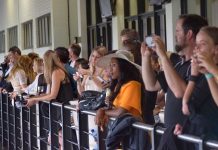 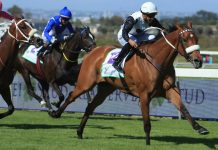 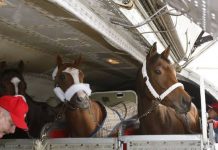