Captain Fontane (12-10), was green as grass on his 1200m debut against older horses at Scottsville on Saturday. Still, he went on to beat the year-older, and quietly fancied Hail Columbia (sell your house for this one next time!) in commanding fashion with another promising sort, Times New Roman, in third. He clocked 58.51s.

Puller commented: “As you can see, Captain Fontane didn’t know where he was. He missed the break, ducked to the inside and back. He’s smart, but he’s immature, this 1000m was on the sharp side but his class prevailed.”

Puller said that Captain Fontane had over-reached in a gallop on Friday, but he was okay to run and that they “got away with it”.

He said: “He’s got the action, over 1200m to 1400m you will really see a racehorse. But he settles, Dennis’ horse (Hail Columbia) rushed him off his feet but when he found himself, he won full of running.”

Puller thanked Ormond Ferraris, who selected the horse for his son David and Hong Kong-based David Hui at the National Yearling Sale of 2019 and bought him for R1,3-million.

“Also thanks to Bosworth Farm, who looked after Captain Fontane before he came into training with me.”

Hewitson said that Captain Fontane had a “lovely long action” and that Mr Ferraris had asked him to ride the horse as often as he could in the mornings. “We’ve built up a relationship now, well done to Mr Puller’s team. Captain Fontane was green, but 500m out I knew he’d get to them, I just had to weave a path through. He’s a very nice horse.”

David Ferraris commented: “Ultimately we’d like to get Captain Fontane to Hong Kong but we may wait until he can fly direct. David Hui also owns Go Ballistic who races in Hong Kong with me, and Bay Tibbs, who is in Mauritius right now.

“I’m leaving Captain Fontane to Garth, he may go for the two-year-old feature on Durban July day. Thanks to my dad and my wife Pam for getting him for us at the sale, I was on a flight back to Hong Kong when they bought him.”

Captain Fontane is by Captain Al from Spring Lilac, by Joshua Dancer. He’s a half-brother to champion filly Snowdance, from one of the best families in the stud book (including Rabiya, Bela Bela, All Is Secret, et al.). He was raised at Vaughan Koster’s Cheveley Stud. 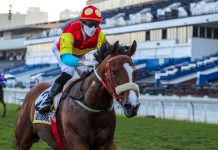 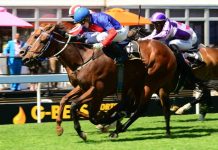 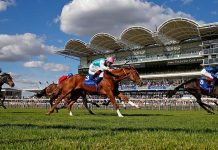 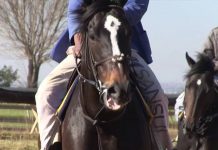 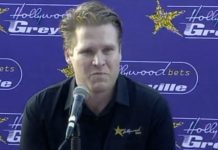 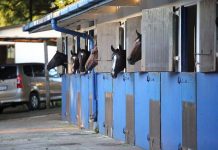 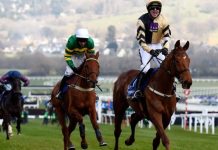 Walsh at his best on Yorkhill 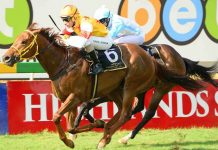 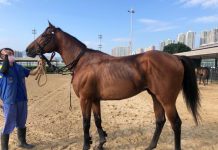