In the process, Tap O’ Noth not only gave his sire a clean sweep of the Cape classics with the Captain Al filly Snowdance having romped to a 3.25 victory in the recent G1 World Sports Betting Cape Fillies Guineas last month.

The striking bay was given a fine ride by MJ Byleveld (also successful in last year’s race on William Longsword), who did well to overcome his mount’s wide draw of 14. The pair powered home to post a half length win over some of the Cape’s top 3yos, with Tap O’ Noth picking up his first G1 victory in the process.

The 2017 Cape Guineas was a major triumph for champion sire, and eight times champion sire of 2yos, Captain Al, with another of his sons, Like A Panther, finishing third.

Captain Al, who himself won the Cape Guineas back in 2000, is also responsible for 2016 Cape Guineas winner William Longsword, who has successfully completed his first season at Klawervlei Stud.

Tap O’ Noth, now a winner of four of his five outings, had previously won the G3 Cape Classic (over fellow Captain Al son Undercover Agent) and Listed Langerman, and he has now earned just a tick under R1 000 000.

The well bred colt, who is bred on the same Captain Al/Western Winter cross as Equus Champion Carry On Alice, was one of four runners in the R1 000 000 Cape Guineas for his champion sire.

Tap O’ Noth is one of 16 G1 winners for his sire, whose 27 lots on next month’s Cape Premier Yearling Sale including siblings to champions All Is Secret, Princess Victoria and Via Africa.

Captain Al’s champion son Captain Of All will be represented by his first yearlings at the 2018 Premier Sale, with his ten lots including a half-sister to Saturday’s G3 Sunshine Sweepstake Victress Stakes winner Star Express. 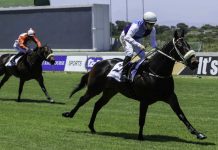 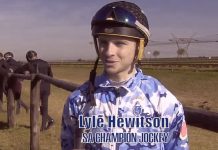 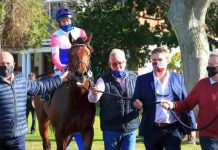 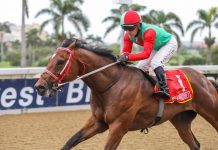 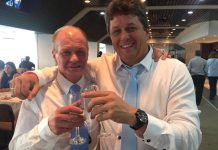 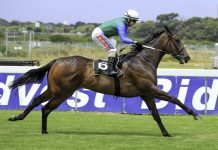 Rouvaun tips a Jackpot for Durbanville 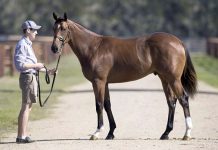 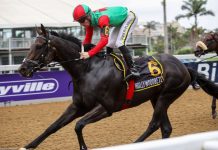