KLAWERVLEI Stud’s exciting stallion Twice Over’s first crop have made a considerable splash, and the former European champion looks to have yet another impressive first crop performer in the form of Doublemint.

The latter, owned by Alec and Gillian Foster –and bred by Alec, made it two wins on the bounce when he won the G3 BMW Politician Stakes over 1800m on L’Ormarins Queen’s Plate day on Saturday.

Trained by Justin Snaith and ridden to victory by Grant Van Niekerk, Doublemint strode clear to post an emphatic one and a half-length first feature race success.

Doublemint, who has now won or placed in seven of his eight starts, is yet another high class performer produced in Twice Over’s impressive first crop.

Other notable performers to have emerged from this crop are G1 Tsogo Sun Gold Medallion winner Sand And Sea (who contests Saturday’s Listed Sophomore Sprint) and G2 Selangor Cup third Do It Again. Also trained by Justin Snaith, Do It Again holds an entry in the G1 Investec Cape Derby, as does fellow Twice Over son Run Red.

A four time G1 winner and European champion who earned more than £2 million in prize money, Twice Over has a top class draft of 12 yearlings on the 2018 Cape Premier Yearling Sale.

His draft includes a filly whose dam is a half-sister to July winner Dunford (Lot 93), a filly out of Captain Al’s five time stakes winning daughter Captain’s Daughter (Lot 216), a colt bred on the same Twice Over/Tale Of The Cat cross as Doublemint (Lot 220) and a filly out of a stakes placed daughter of G1 Paddock Stakes winner Angelina (Lot 227). 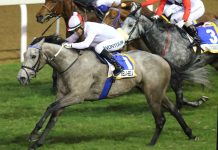 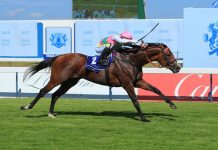 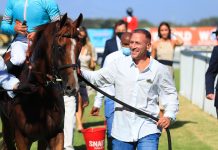 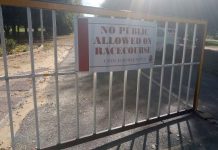 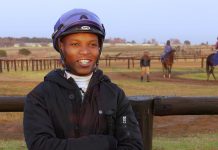 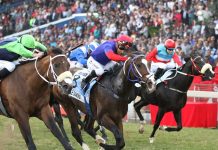 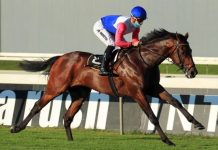 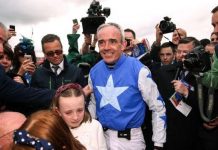