A match race between Stuart Pettigrew’s Soldier On (photo, far side) and Ashley Fortune’s Tsitsikamma Dance, the winners of the respective legs of the Grand Heritage Series at Turffontein on Saturday, will be staged at the Vaal on 8 December.

Phumelela Racing Executive Clyde Basel told Turf Talk: “The race will be run over 1475m. We want to make an event of it, it’s early holiday time and a week after the Summer Cup. We are finalising the prize money and the conditions of the race with the sponsor. Chances are that both Soldier On and Tsitsikamma Dance will run again before then and that their ratings may change.”

There is just half a kilo in it on merit ratings after Saturday’s races. Soldier On is rated 91, and Tsitsikamma Dance is rated 90. The latter won in 88,42s, the former in 88,81s, so they’re almost equal on exposed form, both having won 4 of 11 starts and both gutsy as they come!

The last match race on the Highveld was held more than 28 years ago in July 1990, when Cliffie Otto’s powerhouse sprinter Divine Act (Charles van Booma) beat Brainteaser (Piere Strydom) over 1000m in front of a capacity crowd at Gosforth Park. 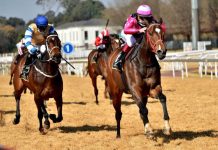 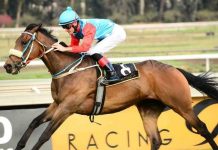 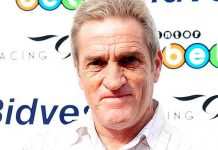 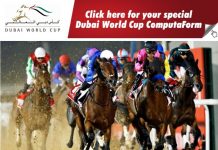 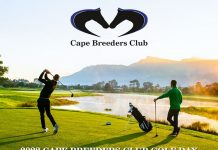 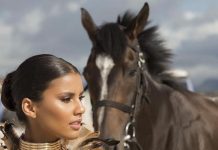 Candice gets her hundred 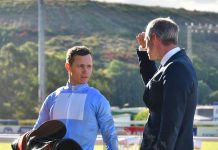 Rain In Holland tops Horse of The Year Log