ZIMBABWE’s resource-based economy  is underpinned by mining, agriculture, tourism and policy stability. They have vast gold, nickel, copper and zinc reserves. The new Zimbabwean government’s well-publicised commitment to making their country “open for business” again, seems to have fallen on the right ears.

“I’m excited about what I’m seeing in Zimbabwe,” said Phillip Barton, chief executive officer of De Beers’ South African unit, this week.  “If we get licences, we would have a further look.” Other major companies will follow suit.

Strong economic development lies at the root of an about-turn for the embattled country and with the despicable savage that led them to near-destruction finally relieved of power, the signs are positive.

What will an economic turnaround mean for racing in Zimbabwe, presently operating worlds apart from its former strength and glory? Will it come in time?

Over the last four decades Zim racing has regressed steadily, more rapidly in the last three years and the industry is now on its last legs with the breeding community all but gone and just a few die-hard owners and trainers left and battling on against the odds.

South Africa benefitted from the exodus of Zimbabwean horsemen- and women. Trainers like Roy Magner, Stuart Pettigrew, Neil Bruss, Paul Matchett, Ivan Moore and Alyson Wright, jockeys like the Waterston brothers and Robert Moore,  breeders of the ilk of the Armitage family and racing guru Robin Bruss have contributed greatly over a long period of time and have all become a part of the fabric of the South African industry.

More recently, up-and-coming young Gokhan Terzi, a former champion trainer in Zimbabwe, moved his operation to the Vaal. Despite the better news coming from Harare, Terzi is in no hurry to get back and he commented: “Leaving Zimbabwe was purely a money issue. There is no investment capital for businesses, no credit to run your operation and the racing club is under pressure, paying stakes very late.  All these things accumulate and they have choked racing stables.

“The club has no cash flow and they’re selling off assets. The only people left in the game are those with a deep love and passion for thoroughbreds. I’m not sure how long they can keep going. Even with an economic turnaround it will take a long time for Zim racing to make any kind of recovery.”

Stuart Pettigrew agreed, saying:  “It took 35 years to destroy Zimbabwe, it will take 100 years to rebuild the country. Zim racing was beautiful back in the day, it was the best racing in the world on the most beautiful tracks and in front of packed grandstands.

“Then the government chased the farmers away, breeders started closing shop and everything collapsed. Now there is nothing left, no breeding, no sales and the exchange rate is horrible. We think we are battling in SA, it’s 100 times worse over there and unless they have a big input of investment money or sponsorships, I am not sure Zim Racing is going to make it. I hear their leading trainer Amy Bronkhorst is turning it up. One can hope for the best, but it won’t come easy.”

Paul Matchett believes there is still time to save things and said: “There are chances that a big investor can come along to get the industry going again. People in Zimbabwe like to bet and they like racing so the fundamentals are there, but something needs to happen quickly and I hope it does.”

Matchett added: “The club has done everything to survive, including selling off land, but things are getting critical. There are now private owners and some businessmen posing as bookmakers, like bucket shops. They’re turning over big money but nothing is flowing back into the game. This has caused further bleeding.”

It won’t take a lot of sponsorship money to stimulate the Zimbabwean racing industry, because there is virtually nothing in the cash pot as it is. One sponsor will bring others and they,  in turn, will do the same.  Even small gestures of charity from wealthy South African benefactors will make a serious difference and lay the foundations for something that can grow quickly. One aspect sponsors or investors can be sure of is media support – sensible media campaigns will come free if the objective is to save the industry in Zimbabwe.

This is the juncture where Zimbabwe racing finds itself now,  and someone needs to put up a hand. The country north of the Limpopo gave our racing industry us a depth of talent and knowledge. It’s time for us to give something back. 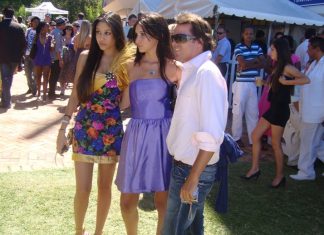 January 31, 2017
0
ONE  of the points to emerge at the first Asia Africa Tote Association (AATA) conference, held in Cape Town last week, was that racing must give people the experience they are looking for. Millennials, those aged between 18 and 34,... 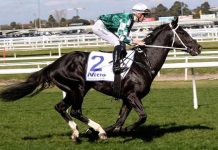 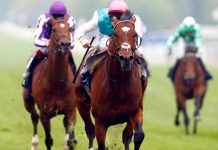 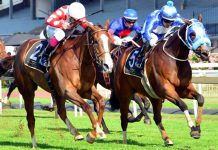 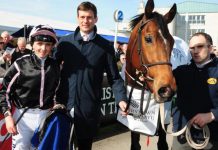