FIGHTER and doyen of black horse racing broadcasting James Maphiri (69), still has plenty of energy to fight Parkinson’s, 14 years after he was diagnosed with the first signs of the disease. Popularly known as “Jimmy Bo-Horse’’ in racing circles – a nickname he says he was given by radio DJ’s at Metro FM – Maphiri shares his own personal story and the encounter with Parkinson’s, with MBUYISI MGIBISA.

“The doctors say that I must be operated on my head. This will cost me a lot of money. What is the point paying huge sums of money to live for the next five years or so? The pills are waning me, but I have to fight this disease. When life’s a struggle, all you can do sometimes is shruggle,” says Maphiri during an interview at his home in Johannesburg South.

Maphiri is still enthusiastic and passionate about the horse racing, but he is gravely concerned about the lack of transformation in the multi-billion rand industry and the poor participation of black people.

“Our [black] people don’t understand what it means to be a black owner of thoroughbred racers.  A few Indians and Coloureds own some horses in Kwazulu-Natal and the Western Cape, but only a handful of black African owners exist, 22 years after the attainment of democracy. Horse racing ownership is still in white hands. This is a major indictment on our leaders. Unfortunately, there’s nobody pushing for the radical transformation of the industry. Things just happen. Even the few black owners who exist don’t have the power to change things,” he says.

There’s plenty of money to be made in horse racing. However, barriers such as high entry costs to the sport are making it difficult for ordinary black South Africans to benefit, opines Maphiri.

“Let’s say you buy a horse with R100 000. In addition to insurance costs, you have to feed it and pay the trainer’s dues. Three or four months down the line, the horse has failed to win a single race and the costs are building up.

“People blame black people who go to the races to beg in order to punt, but they don’t have a clue how expensive is it to own a thoroughbred in South Africa,” he says. As a sport-mad country, South Africa’s local gambling industry, including casinos and physical betting, is worth R20bn. According to a report by PwC, in 2011 horse racing accounted for 78% of the total gross sports betting revenue in South Africa, generating R1.7bn of the R2.2bn the entire sports betting industry earned that year.

Maphiri decries that the fact the sport is largely family-owned in a confusing web of white owners and trainers. “In Gauteng, there is no African black trainer and it’s not that black people are not necessarily interested. They need cash injections. Training is expensive and is often passed through the family tree at the expense of transformation,” he says. According to him, black participation in horse racing is far from getting on track. Few black trainers like Michael Mahiakola are lucky enough to get the attention of Gold Circle’s Chief Executive Michel Nairac so that he could learn to train horses under trainer Brian Wiid.

Maphiri believes even share ownership syndicates established to attract black participants to the world of horse breeding and horse racing are a “cover up” meant to shield the industry from total scrutiny in terms of its transformation credentials.  “To own a horse one has to apply for colours and the accompanying costs are just but one of the many barriers that black owners face when trying to enter the industry,” he says. The Thoroughbred Breeders Association has set up shared ownership syndicates to make it easier and less costly for new entrants to the game.

With all its trials and tribulations, horse racing is still his first love. He can still sometimes be seen making painfully slow progress between the grandstand and parade ring at Turffontein, but he feels that flair of racing today is nothing compared to the past. “In the olden days, horse racing was the only game in town. Today, there’s a huge difference with the advent of TV and computers. People don’t go to the races anymore. Gone are the days when race courses used to be full to capacity.”

As his health condition progresses unpredictably, Maphiri says it is concerning that only two black African jockeys, S’manga Khumalo and Muzi Yeni, are in the top twenty of leading riders. “It’s S’manga Khumalo for now, who is next? Once he’s finished, we’ll have to wait for another 10 years before another brilliant black jockey graces the course,” he predicts.

In 2013 Khumalo became the first black jockey to win the Durban July Handicap, South Africa’s top horse race, on his steed Heavy Metal at the age of 28. Maphiri warns against taking Khumalo’s achievement as a testament to the strides that black participation has made in horse racing in South Africa.

About the Author
Mbuyisi Mgibisa is research masters student (Media Studies) at the Wits Schools of Literature, Language and Media. He is the 2016 recipient of the Mellon Masters Fellowship awarded by the Wits Centre for Indian Studies in Africa (CISA) and the Mellon Foundation and the past recipient of the 2005 Steve Biko Memorial Scholarship awarded by the Newspaper Association of Southern Africa (NASA). His journalism career span across print, online and broadcast media and he has enjoyed stints as a journalist on The Mail and Guardian, Daily Dispatch and City Press. 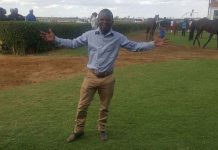 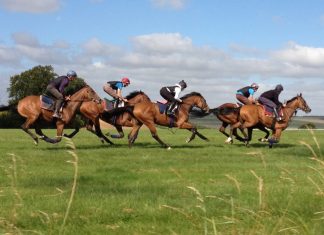 August 29, 2016
0
DAVID Allan of Allan Bloodlines writes about the famous training centre at Newmarket, UK, and a new "fittening hill" planned for horses in this historic town. Allan will write a weekly column for Turf Talk, on Mondays. THE gallops in... 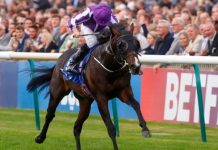 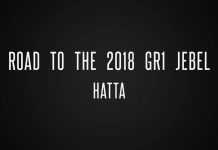 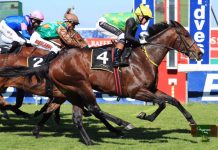 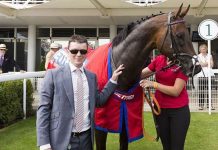