Frost, who has really come to prominence this season, is attached to the yard of Paul Nicholls and has garnered many fans in recent weeks.

This was by far her biggest success, though, coming as it did in Grade One company, and it was a race of changing complexion as Mia’s Storm was a faller and Fountains Windfall hit the deck when in front.

That drama left Black Corton (4-1) at the head of affairs and the six-year-old kept on gallantly to score by a length and a half from the Colin Tizzard pair of Elegant Escape and West Approach to register a seventh win since June.

Frost said: “This little horse started off just an average little chap at the back of the classroom but now he’s an A-star student.

“It just shows if you are brave what you can achieve. I’m so proud of him. I live for sitting on the back of a horse and he’s my hero. I hadn’t even remembered it was a Grade One – it’s amazing.”

The jockey added: “He’s been a magnificent horse and it just proves if you keep working hard and are brave enough you’ll get somewhere in life.

“I like to believe in my horse and you’ve just got to be positive and make something of them. To go to war with him is an honour.

“I got a massive breather in on the home bend. I did say, ‘Fill your lungs, Blackie, as we’ve got to go’.

“I keep pinching myself and this is what I’ve been dreaming of doing.

“With Paul’s history in the race I think this is massive for the team, where the little horse and I have come from has helped knit it all together.

“It is a little bit awesome. Today I’ve made a memory.”

Nicholls said: “What a fantastic ride. That’s her first ride in a Grade One and she’s won it.

“I so nearly didn’t run him as he’s been off his food for a couple of days and it was only yesterday he came back on it.

“To win a Grade One with Bryony on is fantastic.

“He’ll have a break now, we’ll give him a holiday and I suspect it will be straight to Cheltenham, whether he runs before I doubt it. 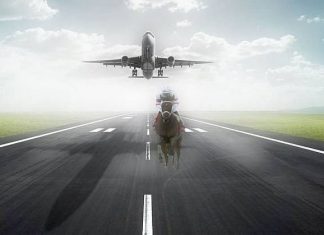 May 9, 2017
2
LET's face it, it was tough going at the National Yearling Sale, more so on the third day, writes MICK GOSS of Summerhill Stud. There were those who complained that the market could not take more than 600 horses in...

A fund for Moutonshoek’s crash victims 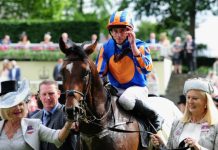 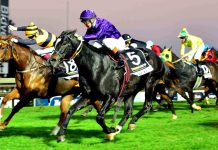 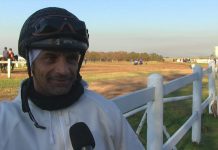