WHEN jockey Mike Smith unleashed Arrogate in the stretch in the 147th running of the Travers Stakes on Saturday, Arrogate looked every bit a fighter jet blasting off from an aircraft carrier.

Arrogate hit the finish line 13 ½ lengths ahead of his stablemate American Freedom, stopping the clock (and the hearts of horse lovers) in a track-record 1 minute 59.36 seconds for the 200m journey.

“I was amazed how he lengthened his stride and opened up,” Smith said.

The Midsummer Derby was not a race anymore, but a breathtaking exhibition of power. The roar of the 48,630 people enjoying a sun-splashed afternoon at this historic racetrack turned into murmurs of awe.

“We ran into a freak today,” said Steve Asmussen, the trainer of Gun Runner, the third-place finisher. “He never slowed down.”

There were plenty of people, however, who thought he would, including a plethora of bettors who let Arrogate go off at the long odds of 11 to 1. The colt, after all, had run only four times, none of them in a stakes race. Surely, Arrogate did not belong with the Preakness champ Exaggerator or the Belmont victor Creator?

Even the jockey who had ridden Arrogate to his three previous victories, Rafael Bejarano, had his doubts. He chose to ride Baffert’s American Freedom instead of Arrogate.

“The winner, he was just the best,” said Bejarano, a bit shellshocked after leaving a good bit of money on the table: 10 percent of the $670,000 first-place check Arrogate earned for his owner, Juddmonte Farms.

Instead, Smith, a Hall of Famer known as Big Money Mike for his knack of making great horses better in big races, climbed aboard. Smith was based in New York and among the nation’s finest jockeys when he won the Travers aboard Holy Bull in 1994 and Coronado’s Quest in 1998. He moved to California in 2001 and burnished his reputation as a gifted rider on a roster of all-star horses topped by the great race mare Zenyatta. 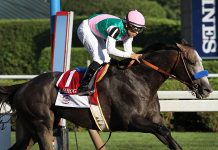 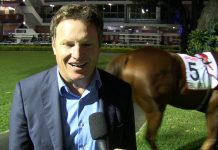 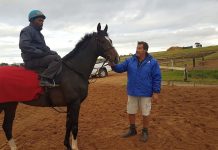 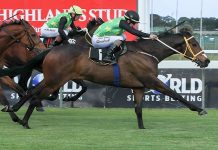 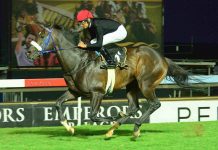 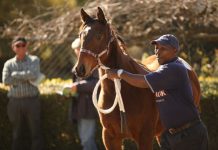 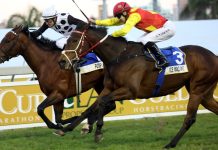 A rollercoaster of riveting racing! 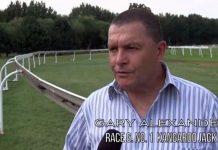